When Your ASC Outgrows Your Physical Space 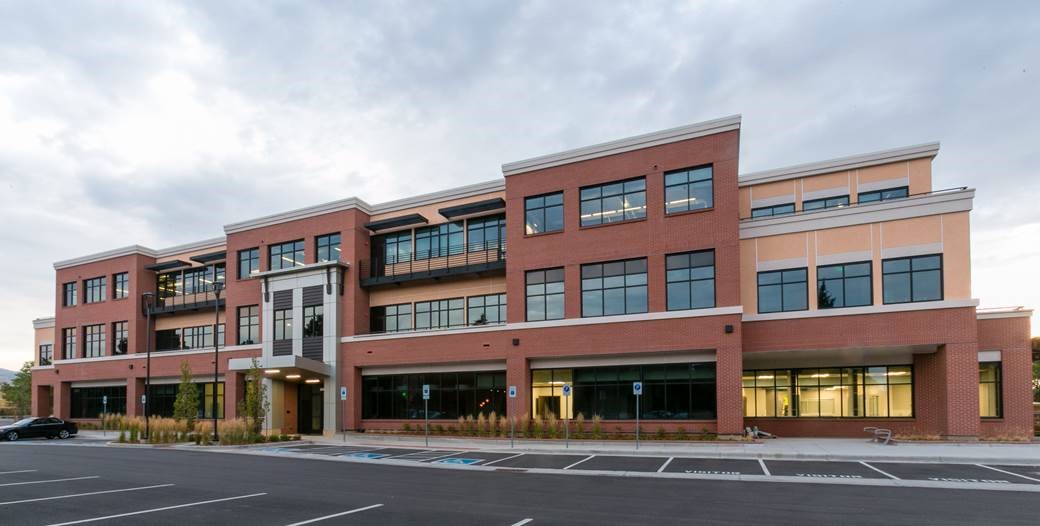 Boulder Surgery Center has experienced steady growth since its inception.  The ambulatory surgery center (ASC) opened in 2005 in the heart of the Boulder community with a vision of becoming an orthopaedic-focused surgery center of excellence.  It quickly established a foothold in the community and became a center of choice for many orthopaedic patients.  Eleven years later Boulder Surgery Center is a bustling facility.  Due to robust case volumes, highly aligned physician practices, and attentive management, the center expanded and relocated to a newly built, state-of-the-art facility.  It is the premier location for outpatient orthopaedic care in Boulder County.

The new facility is equipped with five operating rooms, one procedure room, and 20 pre-op and recovery bays, including four recovery rooms available for overnight-stays in the facility’s 23-hour care model.  The surgery center’s largest affiliated physician practice, BoulderCentre for Orthopedics, is located directly upstairs, occupying the entire second floor of the new building.

The increased case volumes and the enhanced alignment of the physician practices signaled a market primed for ASC growth.  The pressure to respond shifted to the ASC management firm to position Boulder Surgery Center for continued prosperity.  The physicians were eager to know:  How do we capitalize on the current increases in case volume and take advantage of this opportunity to seize a larger market share?

In the case of Boulder Surgery Center, both the expanding market and an expiring, non-renewable lease agreement compelled the ASC to consider alternative space options for their facility.  Fortunately, the prosperity of the ASC allowed its investors to consider the option of moving into a newly built facility that would allow for customization in the building development process.

Due to the physician investors’ confidence in the longstanding relationship with Pinnacle III, the center’s ASC management firm, the board chose Pinnacle III’s facility development team to oversee the development of its new surgery center.  The process began with an analysis of the projected volumes, including the addition of higher acuity cases.   After determining the existing center would not allow for the projected volume, Pinnacle III developed a project proforma.  Detailed input from all involved parties was incorporated into the proforma.  After significant review and discussion, the facility’s board of managers concluded moving to a larger location was necessary for future business growth.  While an expiring lease agreement with no option to renew was the reason the ASC had to relocate, the proforma helped investors determine a new, larger facility would need to be built.

While Boulder Surgery Center was considering the move into a newly constructed facility, BoulderCentre for Orthopedics had already made the decision to move into a new space under construction.  There was available space in this new building that could accommodate the new surgery center.  Thus, the ASC’s board made the decision to relocate here as well, foreseeing synergy and efficiencies between the orthopaedic practice, ASC, and support services which may not have been found elsewhere.  Pinnacle III acted on behalf of the owners, providing oversight of the design-build process.  The management firm’s hands-on guidance of the architects, construction team, and engineers, ensured a licensable and certifiable surgery center.  Keeping the contractors accountable to the agreed-upon budget saved the facility an estimated $100,000.

Pinnacle III also focused on helping physicians sustain case volumes during and after the move.  The physicians were surprised decreased case volume did not occur during the process.

The facility’s physicians and staff were exultant.  This was evident as Boulder Surgery Center & BoulderCentre for Orthopedics teamed up for their Grand Re-Opening Open House Celebration, organized by Pinnacle III’s marketing team, on the evening of October 6, 2016.  Both the ASC and the physician practice excitedly welcomed the Boulder community to their new facility.

At the open house, Boulder Surgery Center hosted many influential members of Boulder’s healthcare provider community.  Attendees included surgery center physicians & staff, physician practice staff members, referring providers in the Boulder Community Health & the Boulder Medical Society networks, hospital administrators, local legislators, third-party payor representatives, medical device representatives, and many others.  The event not only served as a celebration for the physician investors, ASC, and practice staff members, but it also provided a positive boost for business.  Referring providers toured the facility with Boulder Surgery Center specialists, had an opportunity to meet new specialists, and gained confidence in the practice(s) to which they will be sending patients.  A few prospective physician specialists toured the facility and inquired about obtaining credentialing privileges.  A representative from U.S. Senator Michael Bennet’s Office attended and learned about some of the legislative issues facing ASCs in Colorado.

“The open house was a powerhouse marketing extravaganza!  Attendance far exceeded my expectations.  The feedback was so positive I expect Boulder Surgery Center will receive inquiries from professionals hopeful of working here.   Two podiatrists each inquired about the feasibility of performing cases.  They presently conduct all cases at the hospital.  Staff members’ level of pride has been elevated to near euphoria, or perhaps they remain intoxicated by the swell of happiness in their hearts from witnessing such a receptive crowd!”

Boulder Surgery Center experienced steady growth and prosperity over the course of their first decade in business affording physician investors an opportunity to consider:  Is now the right time for expansion?  The board, after pragmatically assessing its options, agreed it made sense to take advantage of space available in one of the community’s new building projects.  Ultimately, Boulder Surgery Center’s board members made a confident decision to expand based on robust and sustained case volumes, highly aligned physician practices, and attentive ASC management.

If your ASC is experiencing sustained growth that is outpacing its physical capacity, a project pro forma is essential to visualize the new business model in an expanded space.  Consider contracting with an ASC solutions company like Pinnacle III to guide you through the process.