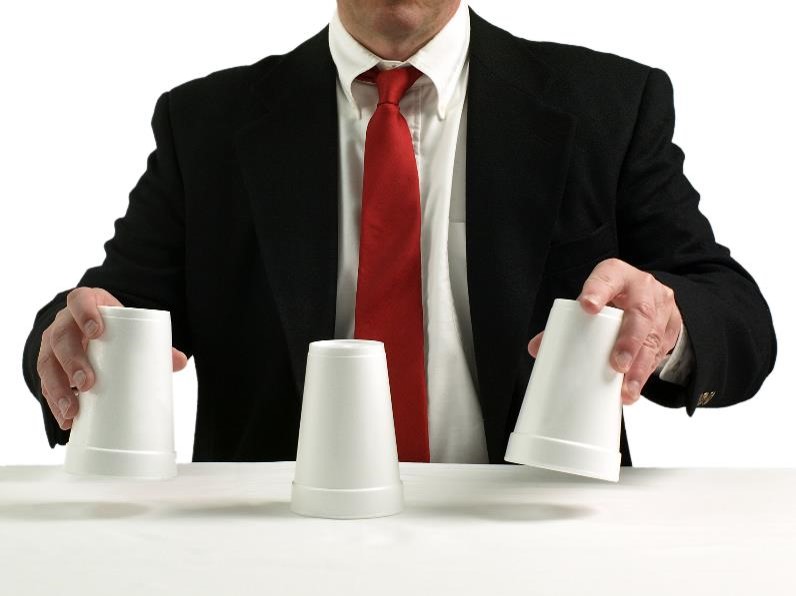 When a payer sends you a new ASC fee schedule or other changes to your surgery center’s reimbursement terms, and touts an overall increase, beware! The proposed changes could unfavorably impact your bottom line. For that reason, consider reimbursement revisions with a healthy dose of skepticism.

Surgery center reimbursement changes offered by payers remind me of a sleight of hand shell game. A shell game is a gambling pastime played at carnivals or street fairs. A pea (or similar object) is hidden under one of three nutshells. The shells are quickly shifted around and the spectator is asked to track the location of the pea. Typically, the spectator loses because it’s nearly impossible to follow the pea’s path. The trick itself became so well known, the term “shell game” is now used figuratively to describe measures taken to deceive.

Controlling health care costs has become the great shell game for payers. They establish new rates of payment through sleight of pen, moving reimbursement from one area to another. They may transfer it altogether, shifting the payment responsibility to the patient via higher deductibles, co-payments, and coinsurance. While we may not be able to end the shell game, we can establish a comprehensive method to deal with proposed reimbursement changes that minimizes our losses.

Reductions in reimbursement can come in various forms:

When you receive a payer’s proposed fee schedule or reimbursement changes, the only way to identify what the true effect will be is to pay attention. Keep your eye on the pea! Compare the payer’s proposed reimbursement to your facility’s current reimbursement on all procedures performed for the payer’s members during the last twelve months. Measure the full impact of changes by adjusting your analysis to account for procedure utilization over the same period. An analysis combining both measures will help you “follow the money” to assess the severity and frequency of the changes. Gauging the overall financial impact of the proposed changes will help you determine if you want to accept them.

Changes in fee schedules can only be used to perpetrate deception when you don’t complete a comprehensive analysis. Combat sleight of pen by implementing a thorough process to accurately assess the potential impact of proposed changes. You, and the ASC industry at large, will be glad you did!