How Marginal Gains are Crucial for Surgery Center Growth 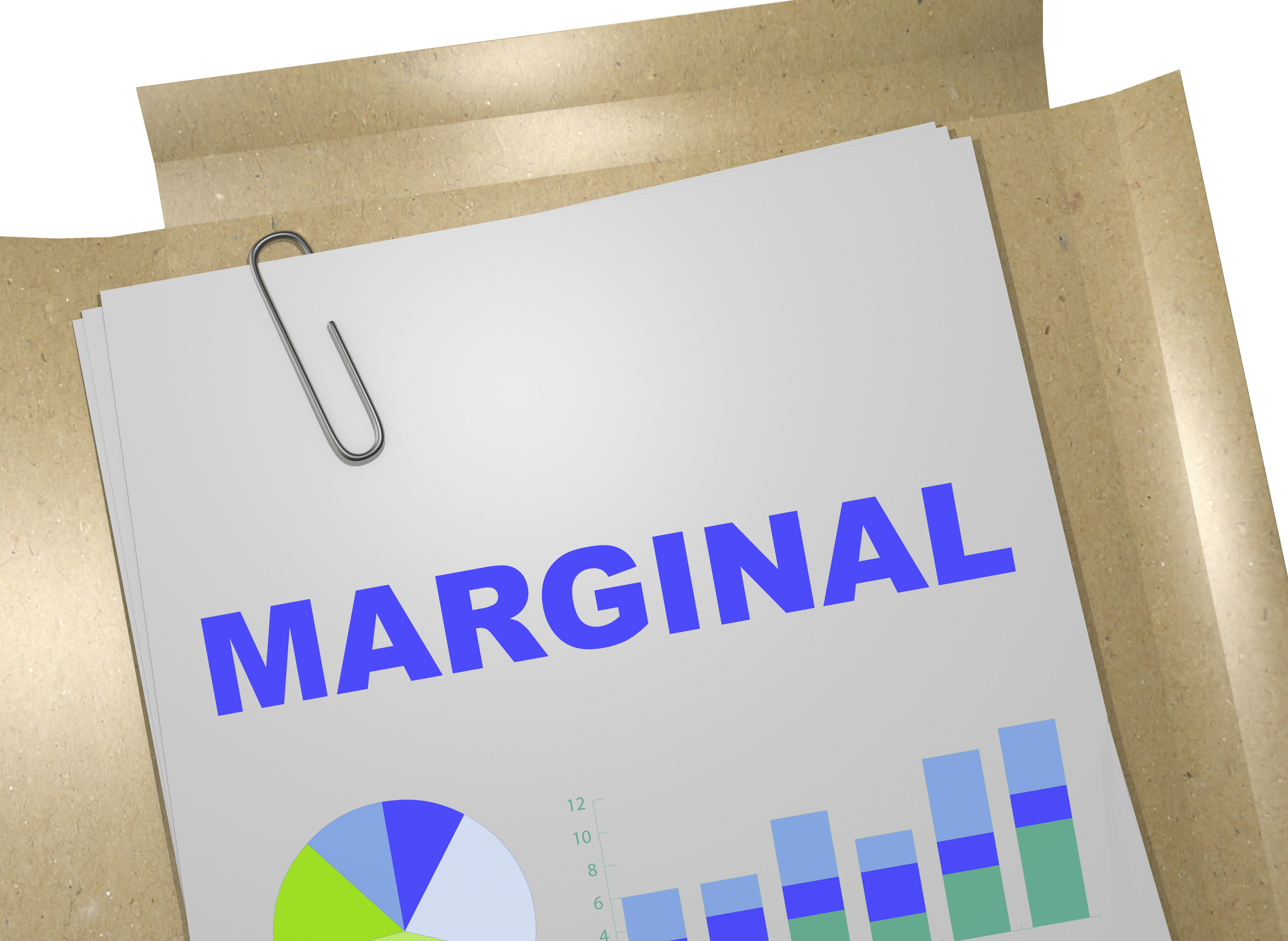 Over the course of many years, Pinnacle III has been tasked with the evaluation and turnaround of numerous failing or drastically underperforming surgery centers.  In each situation, it was relatively easy to identify the pain points and devise solutions to create marked improvement in the ASC’s performance.

There are many centers, however, that already operate at an elevated level.  Their investors often ask us if it is possible for these facilities to improve.

To answer this question, I am reminded of a story from the 2012 Tour de France and London Olympics. In 2010, Sir Dave Brailsford was tasked with improving the performance of the professional cycling team, Team Sky.  Eventually, he was asked to do the same for the British National Cycling Team.  At that time, Britain hadn’t had a Tour de France champion nor had they performed well in Olympic Cycling. Brailsford realized major gains in the realm of world class athletics were difficult to achieve.  Therefore, he focused on the concept of marginal gains aggregation.  He explained this concept as a one percent margin for improvement in everything.  He believed if you improved every area related to cycling by just one percent, those small gains would add up to remarkable improvement overall.

Initially, Brailsford and his team focused on the obvious – tire weight, seat ergonomics, and athlete nutrition.  Then they turned their focus on the far less obvious.  This included pillow choice and its impact on sleep quality, personal grooming habits and their impact on propensity to develop saddle sores, and hand hygiene to avoid illness.  Essentially, they searched for a one percent improvement in every area where they could create impact.  The results, despite some recent controversies, speak for themselves.  Britain’s Team Sky was victorious in the Tour de France in 2012, 2013, 2015, and 2016.  The British National Cycling Team also won 70% of the gold medals at the 2012 games.

I realize Team Sky is not the first or only organization to espouse the benefits of such an approach.  However, as a cyclist and a geek for human performance improvement, I gravitated to this example to illustrate my point.  Other examples that have paid dividends to the concept of marginal gain include David Cameron’s Behavioral Insight Team which improved the wording of tax demands to increase responsiveness.  Or Google testing 41 shades of blue for its advertising hyperlinks, which they claimed netted an extra $200 million in annual revenue.  The examples are endless.

So, how does a successful ASC ensure continuous growth?  We believe the best get better by consistently reassessing where there are opportunities to aggregate marginal gains.  I have written a great deal about culture.  This is another cultural characteristic which we work to ingrain in our partnered centers.

Every member of an ASC’s team can look for ways to identify marginal gains in their day-to-day activities.  Materials management can move more items to consignment.  Nursing staff can suggest the removal of unneeded items from custom packs.  The revenue cycle management (RCM) team can suggest changes to a dictation template to reduce the need for payors to request additional medical records.  Or, they may suggest implementing online bill pay to create an easier medium for patients to submit payments thereby expediting the receipt of receivables.  These are just a few examples of marginal gains that can be achieved through diligent management.

It’s also important to keep in mind the reverse can be true as well.  A one percent decline in aggregated overtime can have significant impact on a facility’s operation.  The diagram below, adapted from James Clear, as referenced in “The Slight Edge” by Jeff Olson, effectively illustrates this point. 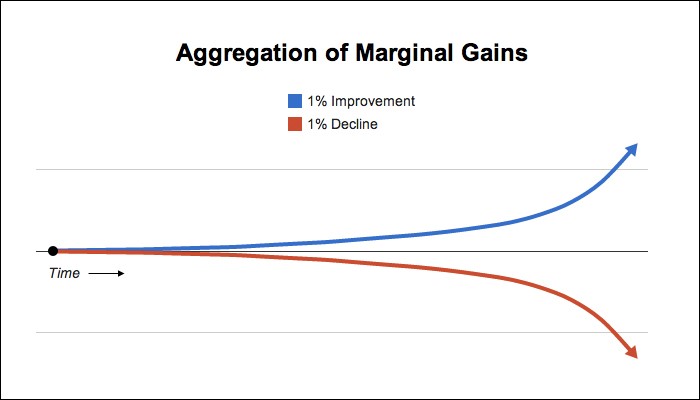 In closing, it’s easy to get caught up chasing the “large whales” – implementing bundled payments, a total joint program, or a re-syndication – to enhance facility prosperity.  But don’t forget to attend to the “small fish” by creating a culture around aggregating marginal gains.  The valleys in an ASC’s growth can be filled by marginal gains.  Doing so ensures the declines aren’t as sharp which leads to a steadier upward slope.  Overall, marginal gains are crucial to an ASC’s continuous growth.